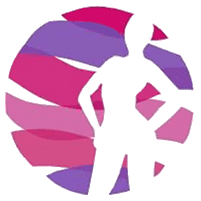 The midwives and other providers at Midwifery Women’s Care, which serves Boca Raton, Florida and the surrounding areas, have provided ultrasounds for many expectant mothers.

An ultrasound is a pain-free, safe way to take an image of the internal organs of the body and is frequently used to view a growing fetus. The ultrasound uses sound waves transmitted through a transducer. The transducer collects the information as the sound bounces back and the computer then creates an image. Ultrasound images are seen in real-time on a video display. Depending on the type of machine being used, an ultrasound may provide a two-, three-, or four-dimensional image (real-time video images).

What Are Ultrasounds Used For?

Ultrasounds are also used for diagnostics, for example, if a patient is experiencing pelvic pain.

How Is an ultrasound performed?

Are Ultrasounds Safe During Pregnancy?

Ultrasounds are widely considered safe to perform during pregnancy. Not only are they considered safe, but they're often recommended because they’re one of the best ways to check on a fetus’ development.

Can Parents Take Home Images from an Ultrasound?

While there may be a few exceptions, most practices that provide ultrasounds for pregnant women can print out pictures from ultrasounds. It’s common practice to give expectant parents a few pictures to share with family and friends for free. In fact, many technicians who perform ultrasounds will usually take some extra time to make sure they get a few good images. Please feel free to contact our office for more information on ultrasounds.

Words from our patients